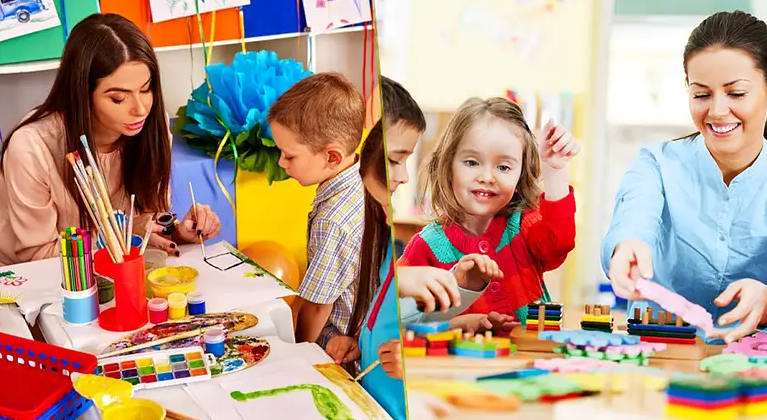 Key Difference Between Preschool and Kindergarten: in simple words preschool is an institution that has been established especially for children between infancy and for those who are under the age of formal education. while on the other hand Kindergarten is educational institution that has been designed for children from age three to five years. In some countries, you will it represent as the first year of schooling and focus on children who are five year old. Remember that usage of these terms varies from one country to another.

Preschool as the name suggests is for young children prior to their school years and for child’s initial years of development. A preschool system type of educational system is a nursery for children that prepare them for a formal education system. This system does not denote any particular or specific type of institution, it may differ from location to location. Preschool provides care and elementary education to the child under the statutory age .

A preschool has a different name in different places like nursery school, pre-primary school, or play school or creche, is an educational establishment or learning space. The aim of this schooling system is to offer early childhood education to children before they entering to primary school for the formal education system. Preschool plays a major role in the development of many skills like oral, verbal, social skills, vocabulary skill and provide opportunity to learn different languages.

Kindergarten as the name suggests garden of children. it is a school or class for young children, usually four to six years old. Such type of educational approach is combined with playing, singing, and practical activities such as drawing. Here school develops social interaction skills in children. It is a type of preschool. However, in some places schools provide formal education combined with kindergarten classes.

Kindergarten is a form of education for young children. It is a preschool educational approach based on playing, practical, and exploration methods. After this children are able to start their formal education at school. The objective of kindergarten is to develop social skills, self-esteem and develop a child’s academic ability.

Below the comparison chart that distinguishes Preschool from Kindergarten:

Difference Between Preschool and Kindergarten

Enlist down there are the key point showing the difference between preschool vs kindergarten: