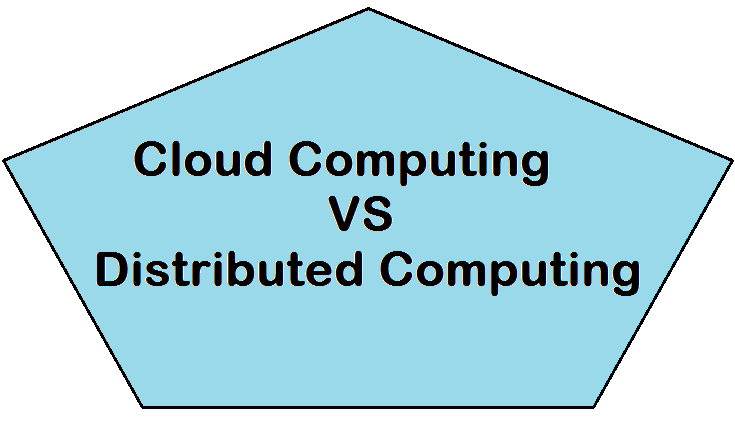 These two are the systems of computer with different unique features. There are huge improvements have been taken in the technology of computer network. With the use of the internet more enhancements in the network of computer technology become possible.

What is Cloud Computing

It is that computer system that runs with the use of hardware and software to deliver the service through network. Users have access to files and use applications from different devices of cloud computing which is possible only by the use of the internet. Cloud computing is the process of accessing and storing data and programs through the use of internet instead of our hardware of computers.

It is cheaper and is easy in access to get services from the cloud. This system facilitates to store data and get access to that data anytime and anywhere. It is IT service provides to different users for working more effectively and efficiently.

As the name indicates that it is the breakdown of tasks where each task is solved easily by computing in individual computers. It is the solution of a large tasks by dividing it into different tasks. This system of the computer consists of more than one self-directed system or computer which communicates through a network.

All computers are connected for a common purpose through the network and communicate with each other by using the memory of their own local memory. World Wide Web, ATM, HDFS and social media giant Facebook are the examples of distributed computing.

This system appears single while internally various computers or systems are connected with each other for achieving the common purpose or tasks.

These two are the systems of computers which vary according to the need and requirements of the computer. They are often considered as same but the concept underlying is quite different. The goal of cloud computing is different from distributed computing.

The main purpose of cloud computing is to deliver the services or applications on-demand with targeted goals of achieving security, transparency, and management. The distributed computing goal is to provide distributed and collaborative resource sharing to different connected users and resources.